Virtual humans are often endowed with human-like characteristics to make them more appealing and engaging.

Motion capture is a reliable way to represent natural motion on such characters, thereby allowing a wide range of animations to be automatically created and replicated. However, interpersonal differences in actors’ performances can be subtle and complex, yet have a strong effect on the human observer. Such effects can be very difficult to express quantitatively or indeed even qualitatively. We investigate two subjective human motion characteristics: attractiveness and distinctiveness. We conduct a perceptual experiment, where participants’ eye movements are tracked while they rate the motions of a range of actors. We found that participants fixate mostly on the torso, regardless of gait and actor sex, and very little on the limbs. However, they self-reported that they used hands, elbows, and feet in their judgments, indicating a holistic approach to the problem. 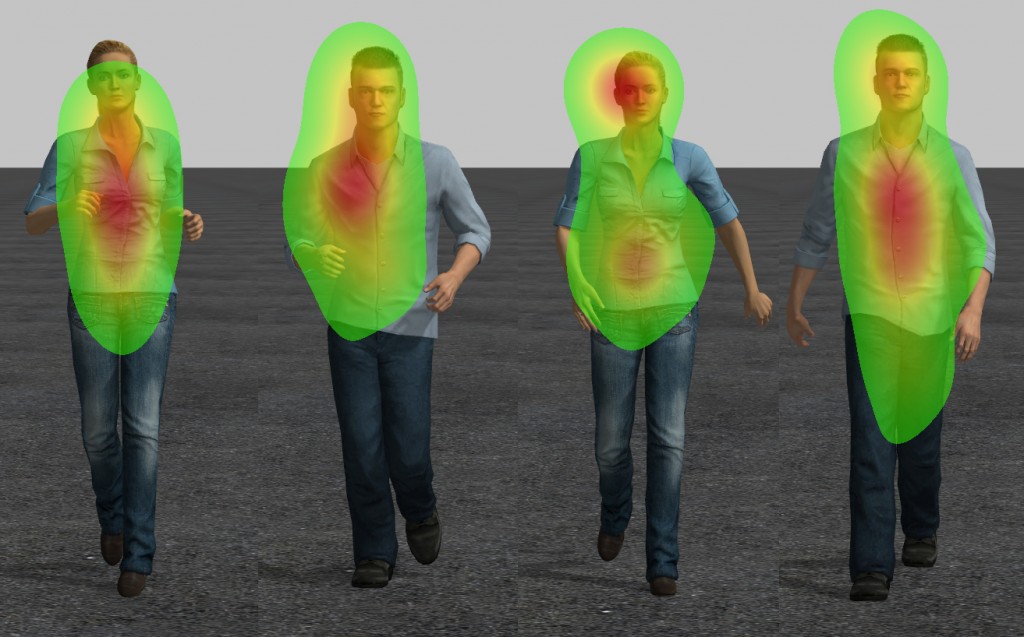