We present a new type of hydrostatic transmission that uses a hybrid air-water configuration.

May 16, 2016
IEEE International Conference on Robotics and Automation (ICRA) 2016 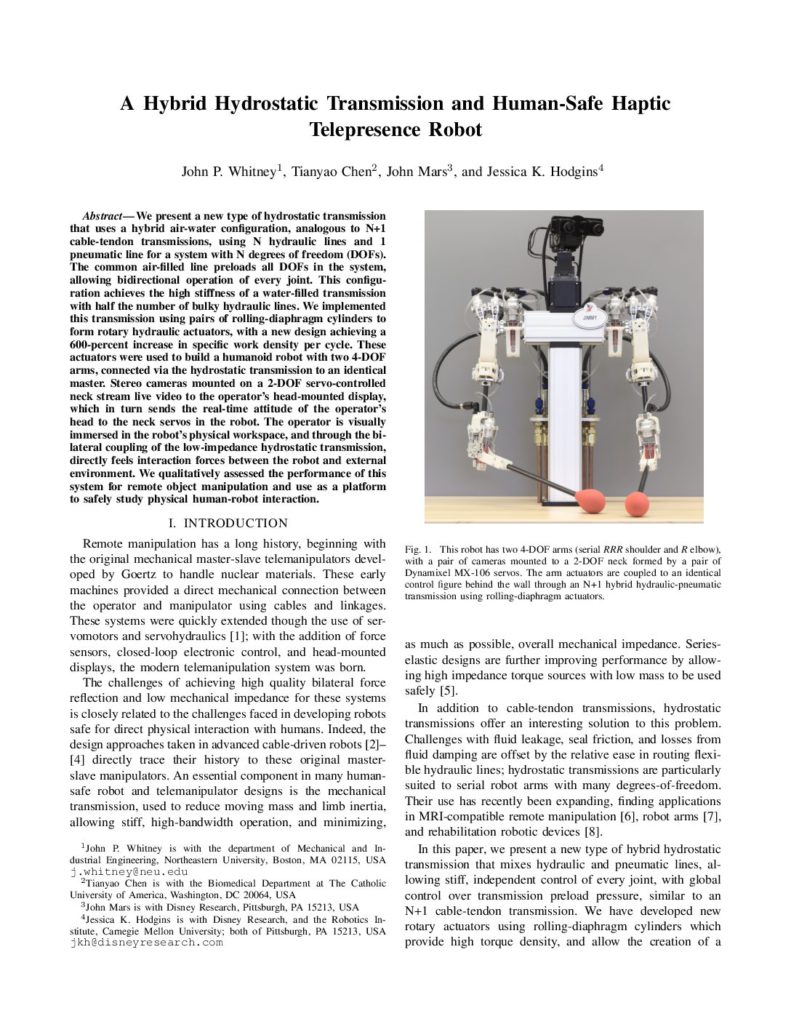 We present a new type of hydrostatic transmission that uses a hybrid air-water configuration, analogous to N+1 cable-tendon transmissions, using N hydraulic lines and 1 pneumatic line for a system with N degrees of freedom (DOFs). The common air-filled line preloads all DOFs in the system, allowing bidirectional operation of every joint. This configuration achieves the high stiffness of a water-filled transmission with half the number of bulky hydraulic lines. We implemented this transmission using pairs of rolling-diaphragm cylinders to form rotary hydraulic actuators, with a new design achieving a 600-percent increase in specific work density per cycle. These actuators were used to build a humanoid robot with two 4-DOF arms, connected via the hydrostatic transmission to an identical master. Stereo cameras mounted on a 2-DOF servo-controlled neck stream live video to the operator’s head-mounted display, which in turn sends the real-time attitude of the operator’s head to the neck servos in the robot. The operator is visually immersed in the robot’s physical workspace, and through the bilateral coupling of the low-impedance hydrostatic transmission, directly feels interaction forces between the robot and external environment. We qualitatively assessed the performance of this system for remote object manipulation and use as a platform to safely study physical human-robot interaction. 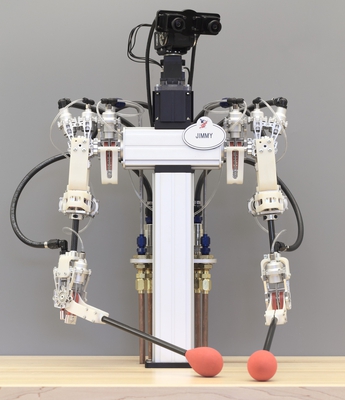