We propose a neural model to learn argument embeddings from the context by explicitly incorporating dependency relations as multiplicative factors.

August 7, 2016
The Annual Meeting of the Association for Computational Linguistics 2016 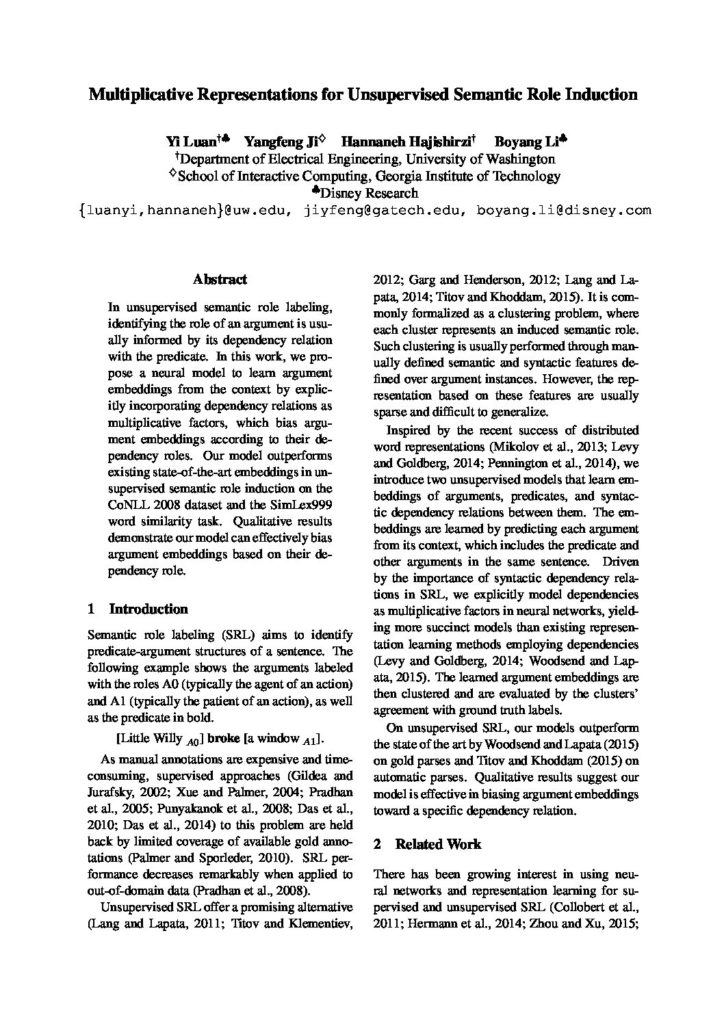