We designed an augmented reality interface for dialog that enables the control of multimodal behaviors in telepresence robot applications. 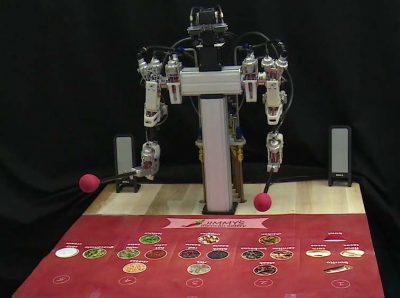