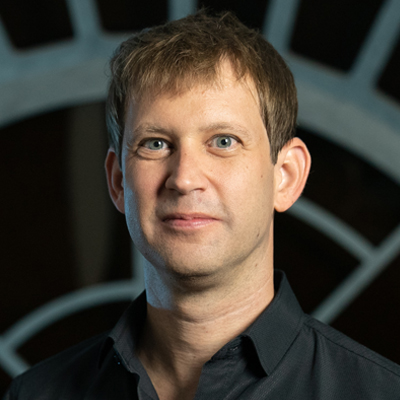 I am Director of Research, The Walt Disney Studios, the Associate Lab Director of DisneyResearch|Studios and an Adjunct Professor at ETH Zurich. At Disney I lead the lab’s research in animation and games. My research group strives to bypass technical barriers in animation and game production pipelines with new algorithms that expand the designer’s creative toolbox in terms of depiction, movement, deformation, stylization, control, and efficiency. I received a B.S. degree in computer science from the Georgia Institute of Technology and my M.S. and Ph.D. from the Massachusetts Institute of Technology. I spent three years as a postdoctoral researcher at ETH Zurich before joining Disney.

At ETH, I teach a course called the Game Programming Laboratory in which students from ETH and the Zurich University of the Arts work in small teams to design and implement novel video games. In 2015, I founded the ETH Game Technology Center, which provides an umbrella over ETH research, teaching, and outreach in the area of game technology.