We propose a new interaction metaphor that reduces the gap between physical toys and virtual characters.

Video games enable the representation and control of characters that can agilely evolve in virtual environments. However, the detached character interaction they propose – often using a push-button metaphor – is far from the satisfactory feeling of grasping and moving physical toys. In this paper, we propose a new interaction metaphor that reduces the gap between physical toys and virtual characters. The user moves a smartphone around, and a puppet that responds in real time to the manipulations is seen through the screen. The virtual character moves in order to follow the user gestures, as if it was attached to the phone via a rigid stick. This yields a natural interaction, similar to moving a physical toy, and the puppet now feels alive because its movements are augmented with compelling animations. Using the smartphone, our method ties together the control of the character and camera into a single interaction mechanism. We validate our system by presenting an application in Augmented Reality. 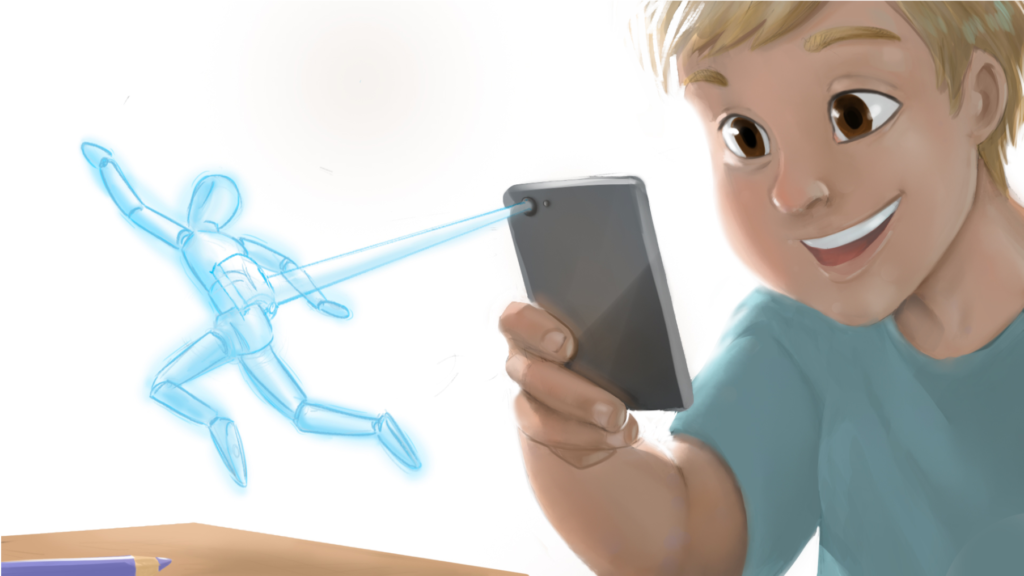